The future of big law is unclear…and perhaps that’s the understatement of the year for 2013.  Recent articles heralding the demise of big law and discounting that prediction have surfaced, neither of which seem to be based on anything conclusive.  Rather, a look at these diametric viewpoints reveals a conclusion that may be less phenomenal, but also exceptionally realistic.  Some firms have imploded and more likely will follow suit, but ultimately big law is not going anywhere.

The New Republic’s article on the demise of big law has received a great deal of press.  It cites attitudes and notions about the practice of law to which we can all relate; the legal profession was always seen as a sure thing, a safe profession in which a distinguished performance in a challenging course of law school studies led to a lucrative, stable career.   Of course, while this was true for many years, our assumptions about the legal profession have been debunked by the current economic climate, one in which major law firms like Dewey & Lebouef have imploded, and others like Weil Gotshal, Latham & Watkins and Mayer Brown have shed associates in droves.   Partners and associates alike at big law firms are struggling to find work and become a partner, respectively, whereas before these were anything but Sisyphean tasks.

All of that said, others have decried concerns similar to those espoused in New Republic’s article as overblown; as one Slate author writes about the New Republic article, “The story looks at one sore throat and proclaims it a cancer pandemic”, arguing that the demise of big law has been predicted time and again over the past 30 years.  In all fairness, the “Great Recession” has probably left a permanent impression on the legal industry, as it has on all industries, but large law firms rose and fell long before the 2008 financial crisis, and in all likelihood, they will continue to do so.

In concluding that Big Law is here to stay, although, in a diminished form, it makes sense to look at the reasons such large firms are hired in the first place.  It is largely based on client perception as described in the findings of a new Acritas survey of in-house counsel.  Large corporate clients choose the high profile, most expensive Am Law firms for a reason; when pandemonium occurs, a general counsel wants to believe that they will receive value for their money and be able to say to the board “I did my best, there was nothing more I could do.”  To some extent, that attitude, as expensive as it may be, will not disappear, nor will the cost-cutting, fee-scrutinizing attitude that has left so many big firms struggling to find work.  Rather, the question is which of these attitudes are becoming more prevalent and which are becoming relatively marginalized.

The answer may very well be that the mentality, which led to big law’s growth and survival is probably approaching pre-2008 levels once more.  The legal industry has always been a lagging indicator of the economy at large, and now that the economy has begun to slowly stabilize and grow once more, the legal industry will follow suit.  While this post-2008 economy is not able to sustain as many big law firms as it once did, predictions about the demise of big law altogether are almost certainly overblown. 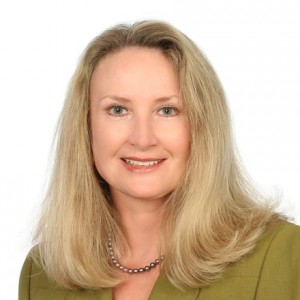