Initially, I thought to title this article compatibility equation, however, under further scrutiny, compatibility is defined as harmony and cooperation without problems or conflicts–not a state that any organization attains all the time.  If unity or oneness is the Holy Grail, what would be a blueprint for getting there?  Since life is characterized by constant change with progress being the objective, what are the elements to consider in creating a dynamic blueprint for hiring candidates in an organization?

Although each company is unique in its culture, goal, purpose, and strategy, there are universal factors that create a basic design for the blueprint.  Beginning with motivation and the truth–one can increase or decrease another’s motivation by understanding what helps to drive commitment, determination, and resolve.  Often this is anchored to one or more of the following: safety, security, financial rewards, fulfillment, enjoyment of one’s work, promotion, and ambition.  However, the secret is you can’t motivate another, therefore, look for individuals who are self-motivated and have demonstrated this in their positions, performance and accomplishments.

Emotional intelligence is another key ingredient.  While there has been much criticism that EI cannot be measured and that it has little predictive value because there are so many variables and complexities, this does not mean that the theories and models are not valuable or cannot be applied.  On the contrary, it is a matter of freeing the scope of encumbrances, distinguishing the necessary and real.  So, what does that look like? First, discern the ability of another’s self-awareness.  Does the individual have a clear perception of one’s own personality, beliefs, motivations, and emotions?  Are they willing and capable of accepting and constructively managing differences in others and moving people in the desired direction?  How and when?  Is there an ability to express emotions in a manner that demonstrates the understanding and the management of them honestly?  How does one look for an honest answer?  Identify whether one’s emotions showed up later in passive-aggressive behavior or in acts that reflect resolution had not been obtained–blaming others, feelings of victimization and lack of responsibility for co-creating their reality.  Finally, to what degree is an individual capable of holding compassion for the feelings of another as well as creating an environment for questions and debate?

Integrated with one’s character are integrity, respect, trustworthiness, commitment, dedication, and the work ethic lexicon of “being passionate” about one’s mission.  By definition, passion is suggestive of strong emotions, boundless enthusiasm as well as suffering and agony–quite a range for one word.  It is in suffering that the character is refined and purpose is defined.  What image on the blueprint can be seen in this regard and what would you look for?  How does one perceive their greatest obstacles and challenges in life?  What were the results?

The element of personality can take up much of the drawing scheme.  This is the style that defines each of us and is not to be confused with emotional IQ.  It reflects one’s behavior patterns, habits, energy level, thoughts, feelings, and how we move and respond to our environment.  It involves the unconscious, which comprises 80% of our programming and is the most difficult to change.  Selecting the personality that will blend with your goals, culture, and employees is vital.  A hiring decision often comes down to the personality–who would you like to see and work with on a daily basis and what resonates with the core values, beliefs, and style of other team members and client objectives?

While it is assumed, herein, that a candidate would meet the qualifications described for a position and that the selection process would include other factors such as succession planning, geographic and relocation issues, reasons for leaving, and compensation, there exists a basic equation: (M x EI) = (Pe x C) = X or Motivation x Emotional Intelligence + Personality x Character = X.  So, there is an equation for the foundation of the blueprint.  Depending on the degree to which one is able to match leadership and team members, or attain a new level beyond one’s current mindset, whereby challenges can be resolved, there exists a greater probability to reach compatibility. 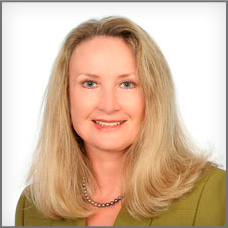